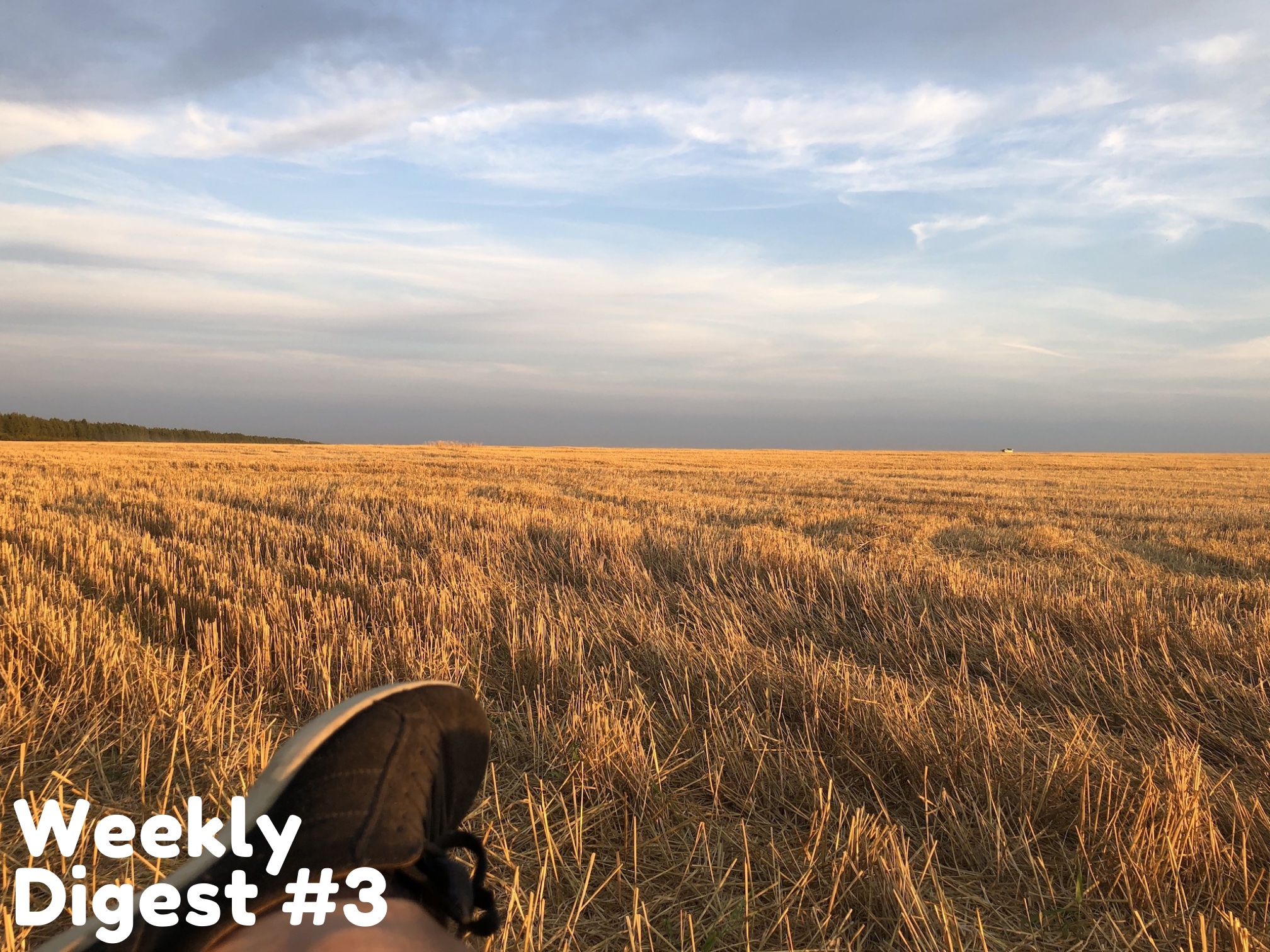 This is a new issue of Digest. Again, I will have to painfully remember what I was doing these 3 months)

Projects on GitHub have grown a little:

It’s time for me to create new open-source projects 🙂

At the end of May, a new blog post appeared on the blog about how I visited the automobile exposition at VDNKh - Exhibition “Moskvitch Dream”

These are such interesting metamorphoses) I tried VSCodium and noticed that in some cases typing starts to slow down. Most likely the problem is in the plugin implementing Vim mode. A bit upset (the rest of the VSCodium is really comfortable), I tried the good old ST3.

Sublime Text 3 works smartly, eats little memory, Vim mode out of the box. You can work, but there is a feeling that the “sublime” has already surrendered its positions. He has much fewer plugins and they are not developed so quickly. As far as I understand, there is no LSP support. But my hand did not rise to remove it. I left the sublime just in case.

Then I rolled back to Neovim 0.44. Here without any changes.

Then I tried RubyMine for a day. Here, as in other IDEs from JetBrains. First, it indexes the project for a long time, and then gives a bunch of tips and highlights everything and everyone. Everything works well, and there are no problems with fonts in the poppy. But still the wrong coat)

I accidentally found out that NeoVim 0.5 has finally been released with native LSP support, support for the new init.lua config, and a bunch of new plugins written in Lua. Here is my new [init.lua] (https://github.com/rhamdeew/dotfiles/blob/master/nvim/init.lua)

In the last digest, I wrote about how I decided to try the Brave browser. In general, I liked it, but it was not as user-friendly as Firefox. And I didn’t like the story of cryptocurrency mining by the browser.

Then I decided to try Safari as my primary browser. Yes, when working in Safari, the battery lives on a MacBook a little longer, but the browser is much inferior in functionality to Chrome and Firefox.

I thought of living on a safari for a week, but endured a day or two. And I’m back on Firefox 🙂 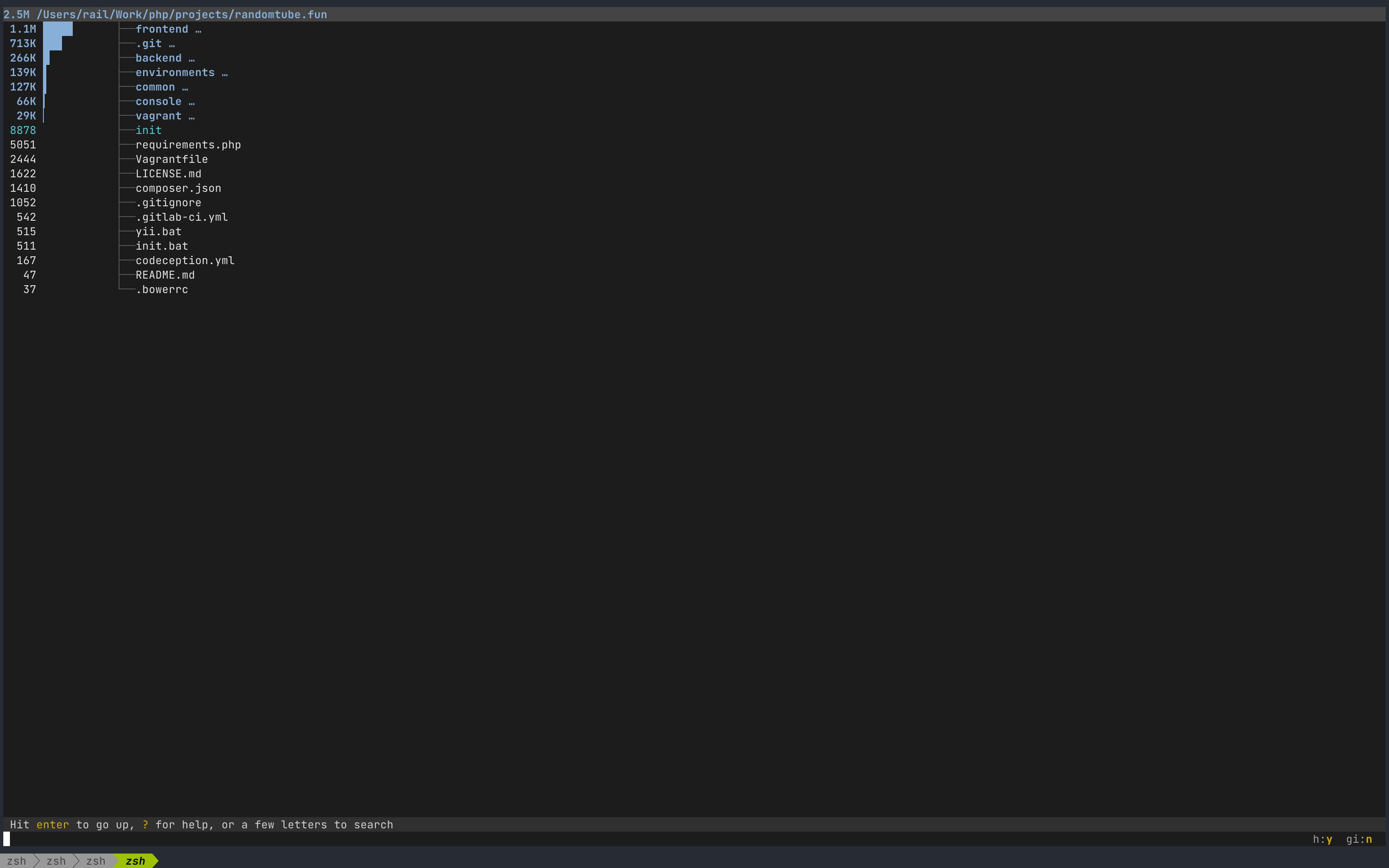 Added a new file manager called “broot” to the list of installed cli utilities for rust. The thing is convenient, I especially liked the “-w” argument (on the screen), which displays the directories sorted by the space they occupy.

In the last digest, I wrote about a screencast about setting up OpenVPN and about a video with a translation of a Tatar song.

I also recorded 2 new videos. And they almost didn’t get any views 🙂

Terminal setup in macOS. There are already more, as much as 20 views!

Duolingo - I honestly forgot about this application. A total of 144 crowns in total. I have cancelled my paid subscription so far. Let’s see what happens next.

Skyeng - I bought a paid subscription for 16 lessons and have almost completed them. We need to hurry up with learning English! Moreover, the company offered to compensate me for the cost of the lessons. Thank you!

HelloTalk - I tried using this application and deleted it as a result, as I found a cooler analogue - Tandem. HelloTalk has very few users and some strange restrictions in the free version.

Tandem - the principle is the same as in HelloTalk. A list of users who want to chat and improve their language skills is shown and banners are shown in between. There is a functionality of text messages, audio messages, audio and video calls. There are many more users here and people are not averse to chatting. This is the Internet that I dreamed of - with the ability to just chat with a person on the other side of the world. Basically, so far only adequate interlocutors have come across to me)

Resh.edu.ru - here I started to go through the school curriculum in English. I studied German at school, so it won’t be superfluous. I started with the 5th grade. By the way, the platform is cool, video tutorials here are free and of high quality.

Atomic Habits - I have read this book already

In the video, Igor Sklyar’s face is replaced with the face of Chester Bennington. The mashup ended up being cool and the song took on a new sad meaning.

This week I decided to change my approach with plans. I already have an account in YouTrack in which I somehow tried to track and create self-development tasks for myself. As a result, I created a couple of dozen tasks and they hung.

This week I decided to try weekly sprints. I have created sprints and scattered the hanging and new issues around them. I decided to give each sprint a movie title. For example, now there is a sprint Project X =)))