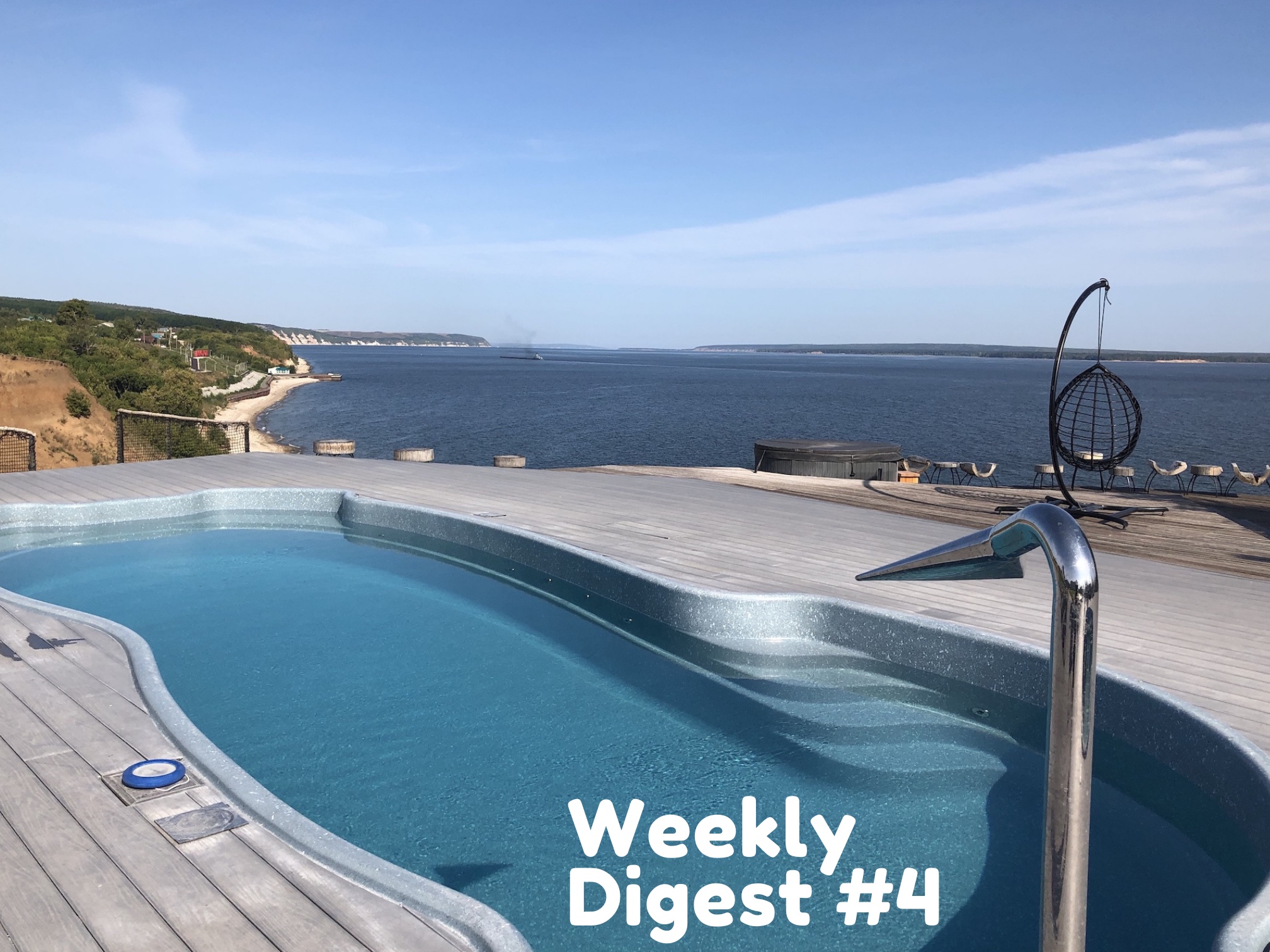 This issue of the digest came out in 1.5 months. Progress 😄

Projects on GitHub have grown, but just a little bit:

And here my statistics about screencasts:

Views are growing, but very slowly.

Also, I have a plan to record a screencast about my NeoVim settings. I need to record it soon.

And also We (I and my Friends) started a YouTube project about restoring a classic LADA car. So far, we only had enough strength for 3 videos 😁

Here is the first video:

I needed to run a local copy of a web application with a huge database (about 50 Gb). I didn’t want to spin all this on a laptop to the accompaniment of noisy fans, so I rented a virtual machine in the Hetzner Cloud with 4 vCPU, 8Gb RAM and 160 Gb SSD.

Then the lags when editing the code became a little annoying and I decided to try a new feature of VS Code - the ability to install the server-side of VS Code and work with the code on a remote machine locally.

Once upon a time I already used VS Code for similar purposes simply by mounting directories via SSHFS. Why VS Code? Yes, because he alone among similar editors did not bug with such a scheme of work.

Well, and then I decided to try a new feature. I installed the plugin and saw a list of hosts from my ssh config. I clicked on the desired one and after a couple of tens of seconds, I saw a message stating that VS Code was successfully installed on the remote host. Then I just opened the code directory on the remote server and got to work.

It turned out that it is generally convenient to use the built-in terminal. I liked the feature with port forwarding to the local machine. This is done in just a couple of clicks.

As a result, I got a full-fledged “cloud” workplace in VS Code.

But to run some heavy tasks, I am connecting via SSH from Alacritty and starting a Tmux session on the server. I did not dare to launch Tmux in a small window of the built-in terminal of VS Code 🙂

I started to write tests for one old project in Yii2. This project lived a long time without tests, and now they have appeared for part of the functionality 😀

It turns out that writing tests for this framework are very convenient. And I was just lazy and did not write tests.

I have given up Duolingo, Tandem and Cake for now. I take a paid course at Skyeng and sometimes watch videos from resh.edu.ru (now I watch videos for the 7th grade of high school).

I wanted to read a book about OOP in Ruby, but I lost this book somewhere at home.

A new season of video about the history of Russian pop music has been released on the Lenta.ru channel. This time it is about pop music from 2001 to 2010.

So far, the most interesting video for me was about 2006:

Video from the concert of the group Anacondaz for the song “Metaphysics”. The song is cool, the editing is very cool. The video completely immerses you in the atmosphere of the concert. I discovered the “Zatochka” group. Nice guys.

I did not cancel the idea with sprints, but in the third week I overestimated my capabilities and the sprint “Ghost in Shell” is still going on (I am extending it since I can not complete tasks on it in any way). The approach is wrong. The next sprints will be with fewer tasks and a fixed date.